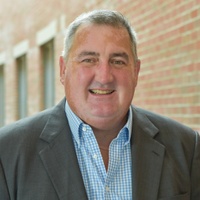 "We work with clients at any stage in their lives to create a path to financial independence employing all the tools available in modern financial markets. "

I have always worked in the financial services industry. Early in my career, I focused on advising bond issuers, structuring deals in order to minimize their after-tax cost of debt. I switched sides later in life, taking a position with a bond asset management group and dedicating my time to generating the maximum portfolio after-tax return possible for a client.

During various points in time, as I worked my day job, I would be called upon by friends and family to assist them with their personal finances, such as allocating assets in a 401(k) plan. I helped my parents wade through the paperwork involved in savings and loan and life insurance demutualization that generated cash and stock to depositors and policy holders, respectively. They still held paper stock certificates for the three (3!) shares of Baxter stock they had purchased in the 1960s. These were easy situations to manage.

Things got interesting as my parents and other family members approached retirement. The stakes were much higher and the questions they asked were more challenging.

My father was a gentleman of exceptional intelligence, so I knew trouble was brewing when he called to inform me that he had no idea how he was ever going to understand the early buy-out proposal he had been handed by his employer. I had written my PhD thesis on defined benefit pension plans, so I was familiar with the terms he was confronting for the first time, as well as the structure of his pension. There was some complexity to the offer that included a provision for “buying back” years from the past during which he was not contributing to the plan. (He and my mother raised five of us, so I was not surprised to hear that money was tight certain years, and pension contributions were not possible with
a large, young family.) This was an added twist that you don’t see in any textbooks.

We didn’t have the cash needed for the buy back on hand, but the pension increase associated with the purchase of past service years was going to be worth tens of thousands of dollars over time. I suggested we would need to arrange for a home equity loan to buy back the years. No question about it. We presented the plan to my mother for final approval.

And then, for the first time in my life, as my father and I fled back to the safety of the kitchen table where we were doing our work, I understood the true nature of the term “abject failure.” Mother was having none of it (e.g., “We are not going to put the house at risk!”). It was clear. We needed a better plan.

It turns out, this was my first (albeit informal) financial plan. We kept the home equity loan on the table, then chose an annuity payout with rights of survivorship, which would provide my mom with income in the event that my father passed before she did. We split the annuity into two streams—the smaller one dedicated to paying back the home equity loan over a period of time (The home was no longer “at risk.”), and the larger one to support my parents in their retirement.

My father passed away in 2011. All grief has faded at this point, replaced by great memories, including that weekend of pension negotiations. My mother is still in our family home, and remains supported in part by her claim to my father’s pension.

A Union Carpenter Confronts His Pension

Shortly thereafter, my uncle gave me a call. He had been participating in a Taft-Hartley plan as a union carpenter for his entire working career. My uncle was a great carpenter. (He still may be, but he prefers his retirement and grandchildren to carpentry these days.) However, no training had prepared him for the stack of paper he was handed by his union rep that provided his pension withdrawal options.

The pension blueprints offered nine different withdrawal plans, three of which included integration with Social Security claiming strategies. Back then, I didn’t have the software now available, so an Excel spreadsheet had to be created to offer my aunt and uncle some ideas as to what to expect under each of these plans. It led to an easy decision, which finds them both enjoying their retirement today. However, I was left with thoughts of all the other carpenters and tradesmen who had to evaluate their pension options without a nephew with the necessary expertise to create a plan for them.

A Witness to the Dark Side of Bad Planning

Lastly, I have witnessed some of the dark side associated with bad financial decisions. For example, instead of taking the annuity pension from his employer, a family friend chose to take a lump-sum distribution, which he turned over to a  broker. He and his wife took systematic draw-downs from the account, but left the management to the broker. The outcome was a zero balance in the account just a couple of years ago. I was not part of the decision-making at any point in this process, but it should be obvious to all that proper financial planning would have mitigated the risk of outliving pension assets. There was no such plan.

Which brings me to my current situation and founding of my financial planning and wealth management practice. For years, I was removed from the effects that the financial services industry can have on individuals and small businesses. I was engaged in what we call “institutional” work, divorced for the most part from “retail” investors and smaller pension sponsors. I find great satisfaction in helping individuals and their small businesses plan for their financial future.